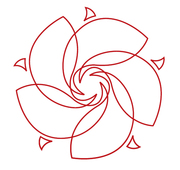 This December 6th is the 25th anniversary of the assassination of 14 women at L'Ecole Polytechnique, at the University of Montreal.

Please join the ceremony and protest actions at the site of the Women's Monument to honour all women and girls who have suffered violence.

Where: Thornton Park, Main St and Terminal Ave in Vancouver, at the site of Marker of Change.

MC Angela Marie MacDougall of Battered Women's Support Services will guide us through the event.

Women’s Warrior Song to be introduced and led by women from Squamish, Musqueam and Tsleil-Waututh Nations.

Lorelei Williams, St'at'imc/Sts'ailes First Nations woman and founder of Butterflies in Spirit, will share the "Am I Next?" call to action, which includes the call for a federal inquiry into the missing and murdered Indigenous women.

Margaret Dragu, as Lady Justice, leads a group of multi-disciplinary artists in an art-aktion called The Library Project - a tribute to Malala Yousafzai, the 16 year old shot by the Taliban for promoting education of girls.

Mid-ceremony a circle of protest actions will take place simultaneously, as participants explore the circle.

Students will "Carry That Weight" by carrying a mattress onto the site to echo and amplify the action of the student who was raped in her dorm while attending the University of Columbia.

Pink crosses will be raised at the site to draw attention to the heart-rending protests in Mexico where the City of Juarez has had one of the highest murder rates of women and girls in the world.

The "Leftover Women" phenomenon in China will be challenged by a woman from the Richmond Women's Resource Centre.

Meet the Elected Officials, an opportunity to discuss the issue of violence against women with our representatives.

The Raging Grannies will sing one a unique songs of protest, written for the day.

Dalannah Gail Bowen will also sing to bring us together towards the end of the ceremony.

A group meditation will be followed by a minute of silence.

We hope to see you there!

After the ceremony, Women Transforming Cities invites participants ... (see below!) 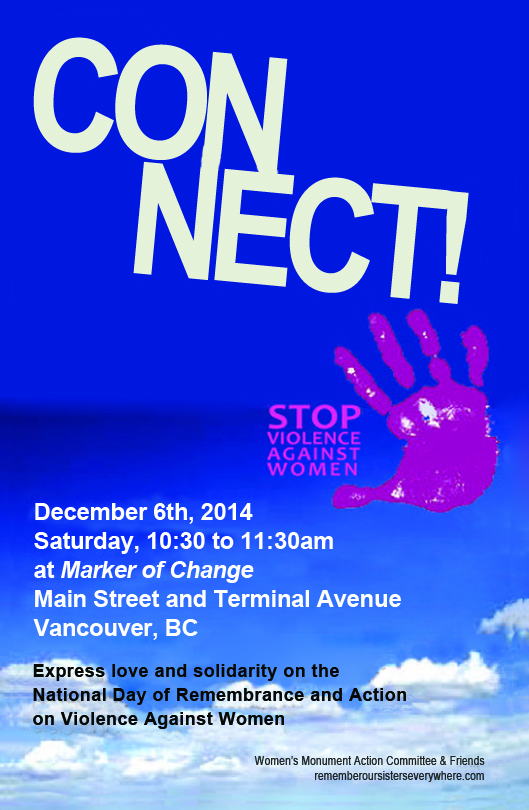 Everyone is welcome to attend the 22nd Women Transforming Cities Café. This café is an opportunity for folks attending the Thornton Park event -- and for anyone who wants to commemorate the lives of women and girls who have suffered violence – to come together and connect in a warm place. Hot drinks and snacks will be provided. Please email us at info@womentransformingcities.org for help with childcare costs. 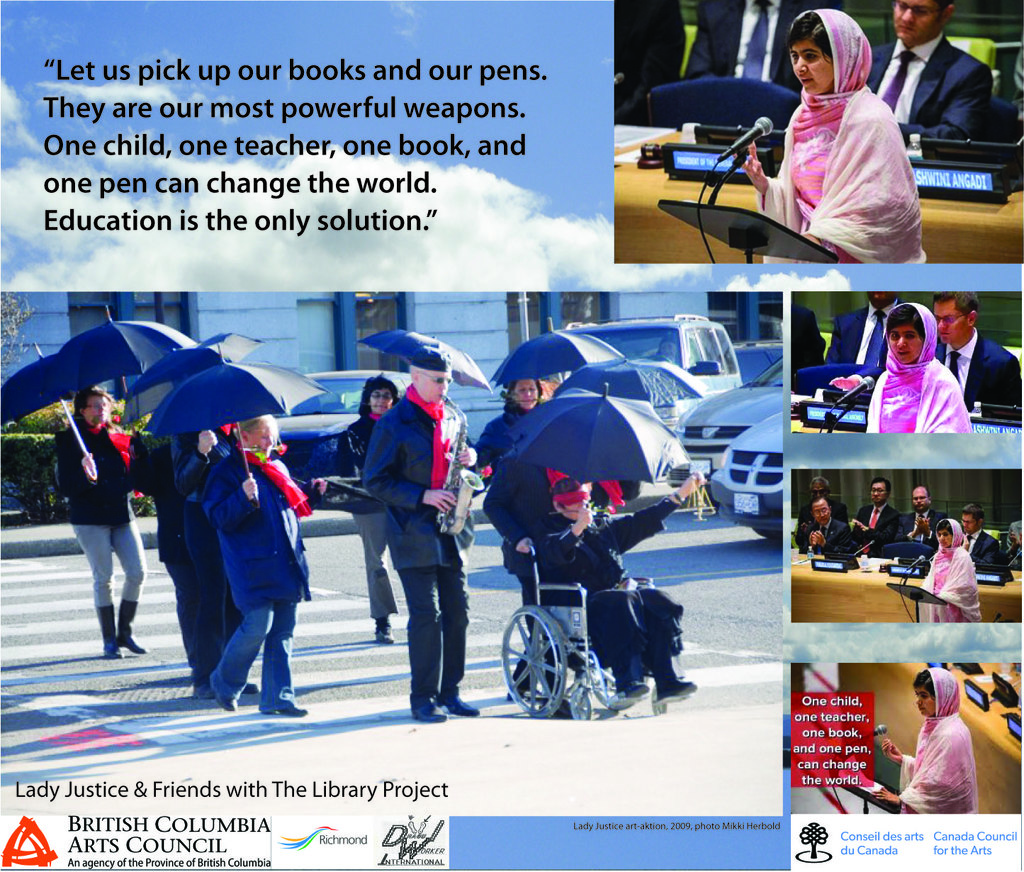 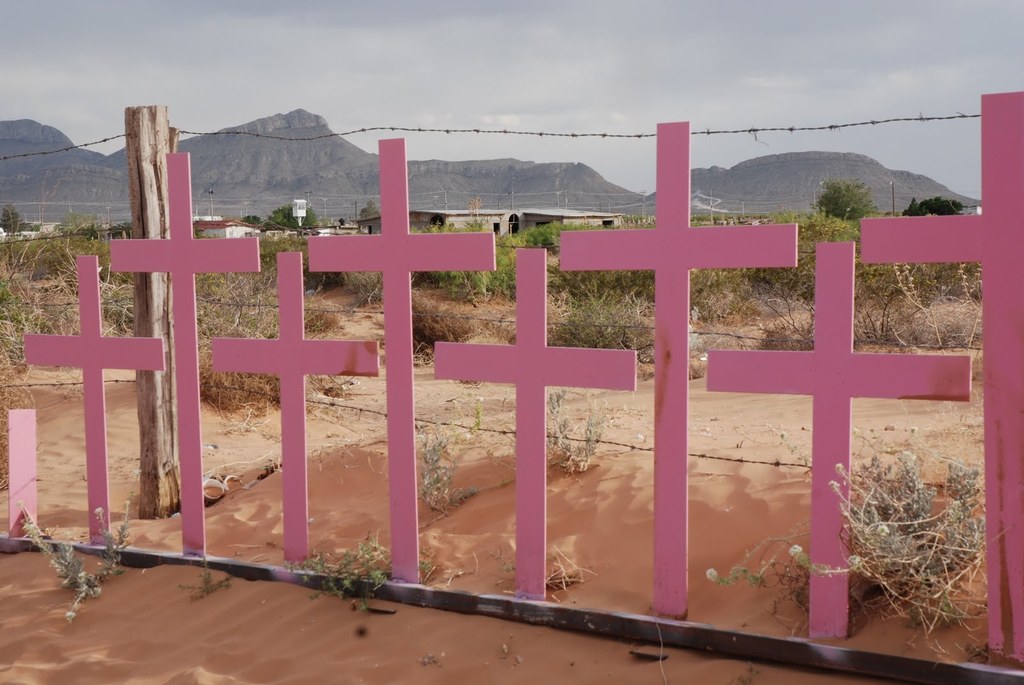 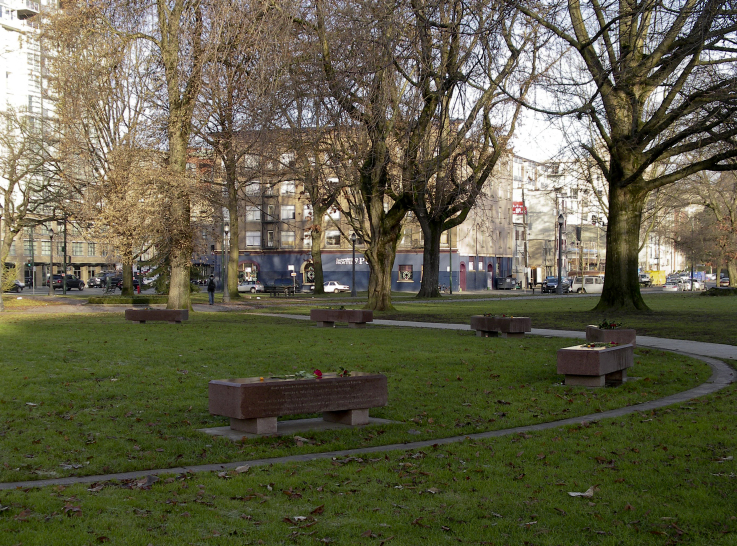 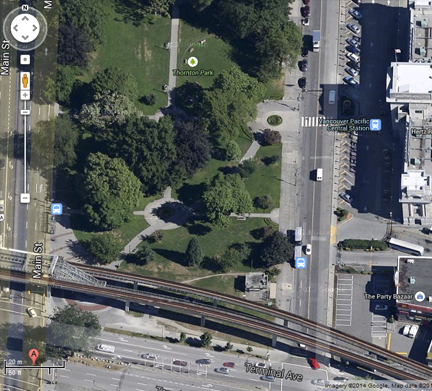