Far From The Heart - Sheatre 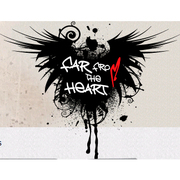 The girls and guys are concerned about image, popularity, and sexual conquest at The Big Party. Felicity finds herself first tormented by her controlling boyfriend, and then raped by the guy who seemed to  want to help her. Name-calling, threats, and cunning manipulation are their tactics. Her judgment is clouded by alcohol and inexperience.

What can Felicity do to stand up for herself and avoid having unwanted sex? Can her best friend help her? Who can? Will you?

Far From the Heart is a live theatre presentation and educational forum that was developed by Sheatre in collaboration with a group of teens under the professional direction of Joan Chandler. It engages and educates youth audiences on the sensitive subjects of dating violence, rape, sexual assault and healthy relationships. It aims to help youth recognize the different forms of pressure and violence in dating relationships, and explores the issues that lie beneath this behaviour. Youth act out solutions to problems presented in the play.

Far From the Heart began as a seed project in 2006, and was mounted as a full touring production in 2008 that reached 25% of the youth in the Grey-Bruce region (Ontario). Responding to demand, we remounted it in on tour 2009, and presented a lecture about the project at an international festival in Austria.

In September-October 2011, we will bring Far From the Heart to schools and public venues in over 20 rural, small urban, urban and aboriginal communities across Southern and Central Saskatchewan, including Regina, Lumsden, Piapot, Fort Qu'Appelle, Estevan, Swift Current, North Battleford, and Humboldt. OSAC (Organization of Saskatchewan Arts Councils) has booked this fall tour, and there is interest in a tour of
Northern Saskatchewan venues in Spring of 2012.

On September 1, we will launch http://www.farfromtheheart.com, an interactive online film based on the play. This groundbreaking project will allow us to reach those who otherwise could not experience Far From the Heart.

Sheatre announces the Saskatchewan premiere of Far From the Heart Saturday September 17 at 7pm:

Far From the Heart: an award-winning, interactive dating violence prevention play
At the Shumiatcher Theatre, MacKenzie Art Gallery, Regina
Tickets are $10 at the door. Doors open at 6:30. Reception with cast and creative team to follow.
Help us celebrate our pilot tour to 24 communities across south and central Saskatchewan.

All proceeds go towards the tour! Spread the word and hope to see you thereFor more information on Far From the Heart
www.farfromtheheart.com and Sheatre http://sheatre.com/home, contact David Sereda at david@sheatre.com or 306-737-5674 or Joan Chandler, sheatre@sheatre.com or 519-534-3039.