#FierceVoices: Say What? Reflecting on women and girls in the media. 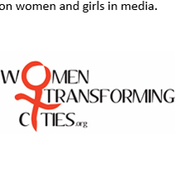 #FierceVoices: Say What?
Reflecting on women and girls in the media.

On Wednesday, March 25th, come on out to an evening of speakers, glue & glitter, a little bit of running with scissors, and a whole bunch of discussion about claiming space for women and girls in media. This first event in the series looks at critically examining media using an anti-oppressive lens (and glue—there will be glue).

Speakers:
Jarrah Hodge
Jarrah Hodge is the founder and editor of gender-focus.com, named Best Political Blog and Best Social Justice/Activism Blog in the 2014 Canadian Weblog Awards. She has also blogged for Bitch Magazine, the Huffington Post, the Vancouver Observer and The Mary Sue. She is an organizer for Women, Action & The Media (WAM!) Vancouver and a former member of the City of Vancouver Women's Advisory Committee. You can find her on Twitter @jarrahpenguin.