We are Gearing Up for the Global Summit!
END SEXUAL VIOLENCE IN CONFLICT

Since our launch in 2012, the Campaign has worked alongside activists and civil society organizations to put the issue of sexual violence in conflict on the international agenda. And now it is! From June 10–13 2014, the United Kingdom will host the Global Summit to End Sexual Violence in Conflict: the largest ever global meeting on this issue.

UK Foreign Secretary William Hague and UN Special Envoy Angelina Jolie will co-chair the summit, which will bring world leaders, civil society organizations, sexual violence survivors, and legal and conflict experts together to sign onto a concrete plan to end the use of rape as a weapon of war.

This event marks a tipping point for the global movement to stop rape in conflict. The Campaign will be there, represented by Nobel Peace Laureates, grassroots activists and survivors, to ensure the Global Summit results in meaningful change and commitments.

At the Global Summit, the Campaign will:

• Highlight the activism of Campaign members working to stop rape and introduce key policy makers and the general public to their work.
• Feature Campaign members from the Democratic Republic of Congo and their incredible grassroots activism through an exhibit of photography and videos from our recent delegation to eastern Congo.
• Amplify the voices of sexual violence survivors and support their coordinated activist efforts with the launch of our Survivors United For Action network.

The Global Summit is an incredible opportunity for the Campaign to ensure international efforts are effective and include the voices of grassroots activists and survivors—essential to sustainable peacemaking. During the next few weeks, we will be sharing actions you can participate in to ensure global leaders use the Summit to turn talk into concrete commitments to stop rape in conflict! Keep up to date on our actions via Twitter and Facebook. 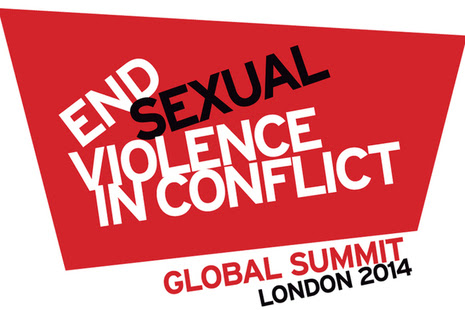