The PSAC Vancouver Regional Women’s Committee encourages all of our members to take part in March On Vancouver on January 20th in support of equality, diversity, and inclusion.

The march will begin at Jack Poole Plaza at 10AM and takes place on the unceded Coast Salish Territories xʷməθkwəy̓əm (Musqueam), Sḵwx̱wú7mesh (Squamish), and Səl̓ílwətaʔ (Tsleil-Waututh).

Over 15,000 people took part in the march held last year in Vancouver in solidarity with a world-wide movement of grassroots resistance.

The 2018 march will build on that energy and momentum as we come together to reject the hate that damages our communities – women, Indigenous people, racialized people, Muslims, Jews, members of the LGBTTQQ2SI communities, disabled people, migrants and those with precarious or no legal status.

If you would like to meet up with the Vancouver Regional Women’s Committee on January 20th and march together, email Kelly Megyesi at kelly.megyesi@gmail.com for details.

The event will be one of positivity, inclusivity and diversity and we hope to see you on the 20th! Bring your signs and look for the PSAC flags!

Join us as we plan for events like this and others in 2018! 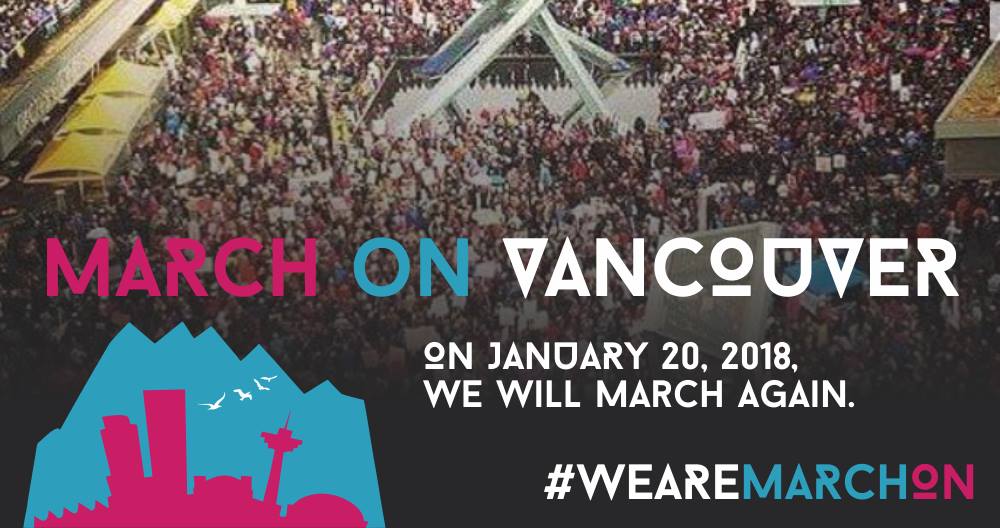