Motor Sister: A Celebration of the Work of Haida Paul 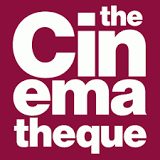 Motor Sister: A Celebration of the Work of Haida Paul

Haida Paul (1937-2014) was a vibrant filmmaker and editor who contributed to the Vancouver film community for over 50 years, working on dozens of films across the genres of documentary, animation, narrative fiction, and experimental film. One of the principals of the Petra Films production company, Paul was well-known for her work on Sandy Wilson’s My American Cousin (1985), for which she won a Genie Award, and Hugh Brody’s magnum opus Tracks Across Sand (2012). But her career was extensive; she acted as editor or sound editor on more than 50 other films. In the 1970s and 1980s, the women's-issues documentaries on which she collaborated, including This Film is about Rape (1978) and Is it Hot in Here? A Film about Menopause (1986), were foundational to the creation of wider feminist publics in Canada and abroad. She was equally at home working in rockumentary (1976’s Bachman-Turner Overdrive) and indie sci-fi (1990’s Terminal City Ricochet). Her playful side was given free reign in the many classic children's animated shorts she designed sound for or edited.

Paul's open spirit and ability to engage with the creative visions of her collaborators helped her to forge her unique editing style. As an editor, she brought deep intelligence and a non-judgmental, non-censorious, and unprejudiced eye to her work. At root, she was an incisive storyteller. She had the uncanny ability to know how to isolate and bring to the fore moments of life captured on film; she always found ways to highlight the visceral connections and underlying meaning in each project to which she contributed. This celebration of Haida Paul’s craft aims to make visible the largely invisible work of a prolific and generous editor who played an important role in the formation of Vancouver’s film community and a number of the West Coast's key aesthetic styles.

This Film is About Rape - From feminist filmmaker Bonnie Kreps, a pioneering voice for women’s issues in Canadian cinema, this 1978 documentary sought to dispel myths about rape and advise women about self-defence. Canada 1978. Dir: Bonnie Kreps. Editor: Haida Paul. 29 min.

A compilation of clips from films on which Haida Paul worked will be screened, followed by a panel discussion featuring several of her long-time colleagues and collaborators.

A reception will be held afterwards in The Cinematheque lobby.