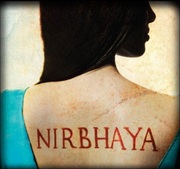 Written and directed by: Yaël Farber
Based on the performers’ real life experiences and the violent incident that shocked Delhi and the world

On December 16, 2012, a young woman boarded a bus in Delhi heading for home. What followed changed countless lives forever. Internationally acclaimed playwright and director, Yaël Farber (Mies Julie), has created a searing new work that cracks open the cone of silence around women whose lives have been shattered by violence.

With an extraordinary cast and creative team from India, Farber brings us a blistering evocation of that terrible night and the ripples of change it set in motion. Tearing away the shame that keeps the survivors silent Nirbhaya is a voyage into a tapestry of personal testimonies.

The draw: Rave reviews and dozens of awards including the coveted Amnesty International Freedom of Expression Award.