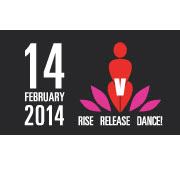 ONE BILLION RISING FOR JUSTICE: Have YOU Signed Up?
Join us today and be part of the one billion who are rising for justice on 14 February 2014 worldwide and March 8, 2014 in Canada (Int'l Women's Day).

ONE BILLION RISING FOR JUSTICE is a call to women, men, and youth around the world to gather safely on 14 February 2014 outside places where they are entitled to justice court houses, police stations, government offices, school administration buildings, work places, sites of environmental injustice, military courts, embassies, places of worship, homes, or simply public gathering places where women deserve to feel safe but too often do not.

SIGN UP to RISE, RELEASE, and DANCE to end violence against women and girls! >

LEARN more about ONE BILLION RISING FOR JUSTICE >

Special News for Canadians - read to the bottom: