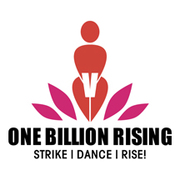 One Billion Rising 2017: Rising In Solidarity Against the Exploitation of Women
RISE, DISRUPT, CONNECT

Using Dance as a Form of Protest, Activists In Countries Across the Globe Call For Solidarity & End to the Exploitation of Women’s Bodies, Labor, and Land

Events To Be Held 14 February Through 8 March, International Women’s Day,

Spotlight On Women Workers In All Their Spaces Of Work

11 February 2017 – For the fifth year, activists around the world are Rising in Solidarity to demand an end to the Exploitation of all women and girls (cis, transgender and gender non-conforming), as part of the global One Billion Rising movement. 1 in 3 women on the planet will be beaten or raped during her lifetime, adding up to more than ONE BILLION WOMEN AND GIRLS. The annual call to action is developed by the team of Global Coordinators – from regions around the world.

This year, One Billion Rising Revolution is giving sharper focus and visibility to the exploitation of women, and to harnessing even stronger global solidarity to demand an end to violence in all forms.

“Because there can be no REVOLUTION without SOLIDARITY. We cannot call for system change – change of mindsets; change of structures that keep violence in place; change in consciousness, awareness and understanding of violence; the end of patriarchal values and cultures; change in policies that affect women economically, socially, sexually, physically, emotionally; the end of the revolving patterns of control, oppression and exploitation – alone. Solidarity is radical connection.” – Monique Wilson, One Billion Rising Global Director ...

RSVP for One Billion Rising 2017 to add comments!