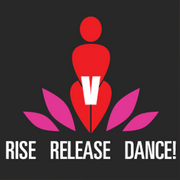 One Billion Rising - Revolution
The 2016 Campaign

1 in 3 women across the planet will be beaten or raped during her lifetime. That’s ONE BILLION WOMEN AND GIRLS. Every February through March 8th, thousands of Risings take place in hundreds of countries across the world and within local communities – to show the world what one billion looks like and shine a light on the rampant impunity and injustice that survivors of various forms of violence face.

People around the world rise through dance to express rage against injustices, and the power of global solidarity and collective action.

They dance to express joy and community and celebrate the fact that together, violence can be defeated. They rise to show a determination to create a new kind of consciousness – one where violence will be resisted until it is unthinkable.

IN 2016, WE ARE ESCALATING THE CALL FOR REVOLUTION.