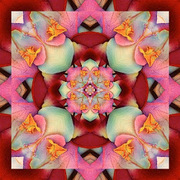 "Requiem for Fourteen Roses" is a concert-length piece being performed on December 6, 2014 in Ottawa ON. It commemorates the 25th anniversary of the École Polytechnique tragedy of December 6, 1989 in Montreal QC.

To purchase tickets at various locations:

My name is Elise Letourneau. I am a multiple award-winning composer with more than 30 years experience working in music. Since December 2013 I have been composing a requiem to commemorate the upcoming 25th Anniversary of the École Polytechnique Massacre.

On December 6, 1989, a gunman entered École Polytechnique in Montreal and started shooting, killing 14 young women and injuring 10 other women and 4 men before turning the gun on himself.

"Requiem for Fourteen Roses" will be performed at Knox Presbyterian Church in Ottawa the evening of Saturday December 6, 2014 -- 25 years to the day after the tragedy took place. The work is for vocal soloist, choir, and 8-piece chamber ensemble.

Written to commemorate the 25th Anniversary of the École Polytechnique Massacre, "Requiem for Fourteen Roses" is a concert-length work for female vocal soloist, choir, flute, 2 flugelhorns, 2 trombones, cello, contrabass, and piano. It begins with 14 tolls of a bell while roses are laid, and continues with instrumental, vocal, and choral music.

Though not written specifically as a religious work, the choir does sing some sections of the traditional mass, as well as the 23rd Psalm, in French. The choir also has sections to sing in English, using texts by Rabindranath Tagore, who won a Nobel prize for his work.

The female soloist sings music composed to contemporary sonnets from the Governor General's Award-winning book, "Woman at a Piano" by poet Ted Blodgett, who has graciously granted permission for his work to be used in this context. Sienna Dahlen has accepted to perform the works. She is one of Canada's most original and versatile singer-composers-multi-instrumentalists whose music spans folk, jazz, and experimental styles. Sienna is the featured vocalist on "Notes on Montreal", the CD by Montreal-based composer/guitarist Mike Rud that received this year's Juno award for vocal jazz.

Interspersed among the vocal works are fourteen short instrumental vignettes to be performed by the brass quartet, one for each of the young women who were murdered.

This project has significance for me as a composer of vocal music, but also as a Canadian woman. Like many of the young women who were lost, I was born in the second half of the 1960s. I have often stopped to wonder what they might be doing now had their lives not been cut short. The 25th anniversary is significant because 25 years represents a generation of Canadians, and a generation is long enough to forget. For many, the event and its memorials have come to represent violence against women, and though this is important, I view this music project in larger terms. There are so many forms of violence in our society: against women, children, men, animals, the Earth, our very selves, and more. Simply put, we must learn to be good to each other, and in addition to the fourteen young women who lost their lives on December 6 - 1989, I dedicate this work to the good that resides in each of us.