"After years of trying to get the general public to attend anti-violence events and being unsuccessful a group of women decided to take it to the street: we would take it to the public if they would not come to us.

Canada has declared Dec. 6 to be Canada’s National Day of Remembrance and Action on Violence Against Women to commemorate the 14 women singled out and killed Dec. 6, 1989  at L’Ecole Polytechnique in Montreal. Given the natural attention media pay to Dec. 6, it was decided to hold our event Dec. 6. That does not mean that a Shoe Memorial cannot be held at another time and place but we recommend holding the event on a day that holds significance to women, such as International Women’s Day, during the 16 Days of Action, etc." ...

Shoe Memorials are now being organized across Canada 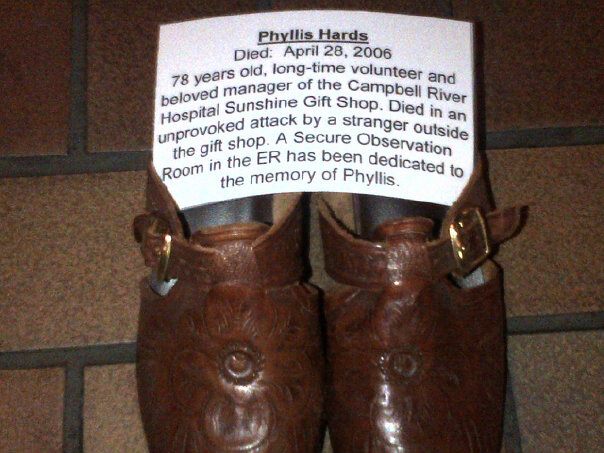