PETITION: The Canadian government must keep its promise to female victims of ISIS

Petition: The Canadian government must keep its promise to female victims of ISIS

“Where is the Canadian government?”’ a Yazidi refugee, survivor of ISIS enslavement and rape, asks a New York Times reporter.[1] The refugee, a member of a minority religious group targeted for genocide by ISIS, has been living in Toronto in a basement apartment with her young son since July 2017, reliving the torture she experienced during her captivity. ‘“They told us they would help us with psychologist,”’ she says. ‘“We haven’t see anything from them. Aren’t we human?”’[2]
Please sign the petition here.

The Canadian government promised to provide Yazidi women and girls with safe long-term housing and trauma recovery care in Canada, but recent articles in The New York Times and Chatelaine expose another reality—one of horrific, unnecessary suffering, as community and health care workers are unprepared and struggle to help.[3-4]

The Yazidi women and girls, recent refugees to Canada, are reliving rape trauma daily, along with other severe post-traumatic symptoms caused by their captivity by ISIS.

Barbarity triumphs when we abandon its victims.

Call on Prime Minister Justin Trudeau and Minister of Refugees Ahmed Hussen to provide an expert-designed, culturally sensitive, therapeutic program of recovery from trauma as well as safe, stable housing for the Yazidi refugees.[5]
You can sign here.
For more information: womenrefugeesadvocacyproject.ca 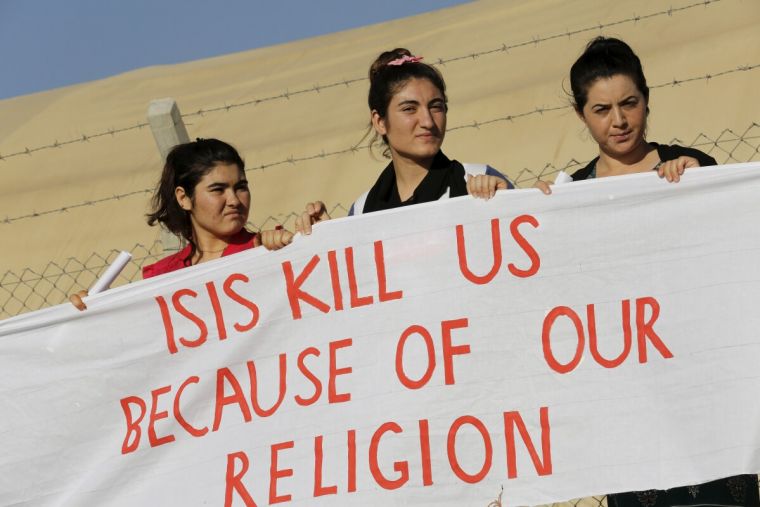