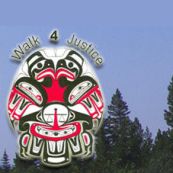 "After 91 days walking over 4500 kilometres from Vancouver to Ottawa, walkers and supporters of Walk4Justice-a non-profit organization working to raise awareness of and demand action for missing or murdered Aboriginal women in Canada-will end their journeywith a rally and press conference on Parliament Hill on Monday, Sept. 19 at 10 a.m...."