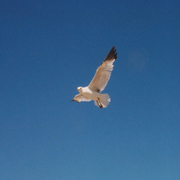 Vancouver will be front and centre of the international women’s rights and leadership movement in 2019 when it hosts the Women Deliver Conference.

Prime Minister Justin Trudeau made the announcement today that the fifth triennial conference, the world’s largest conference on the health, rights, and wellbeing of women and girls, will be held in the city from June 3 to 6.

It is anticipated the conference will attract over 6,000 world leaders, influencers, advocates, academics, activists, and journalists from around the world.

“Everyone benefits from a more gender equal world, but little progress on gender equality can be made without a strong focus on the health and wellbeing of women and girls, especially their sexual and reproductive health and rights,” said Trudeau in a statement.

“Organizations like Women Deliver understand this, which is why I’m so proud to announce that Canada will host their next conference in 2019.”

Canada’s role in hosting the conference is part of the federal government’s initiative to support the global advocacy organization, which promotes the health, rights, and wellbeing of women and girls, particularly on their sexual and reproductive health and rights. Trudeau has allocated $20 million from 2017 to 2020 to support Women Deliver in its advocacy goals.

The previous conference in 2016 was held in Copenhagen, Denmark, and its discussions focused on how to implement the UN Sustainable Development Goals in a way that benefits females.

Earlier this year, the federal government announced a $650-million, three-year fund to support projects around the world that fight gender-based violence and provide sex education, family planning and contraceptives, and reproductive health services.