Marker of Change: The Story of the Women's Monument

December 6, 1989: 14 young women at Montréal's École Polytechnique were systematically murdered in what became known as the Montréal Massacre. Everyone knew the murderer's name but few would remember the names of the women.

A group of Vancouver feminists set out to build Canada's first monument to name and remember the women. Marker of Change follows their seven-year struggle to create 'something loving, something permanent' for all women murdered by men.

Designed by artist Beth Alber, the monument consists of 14 pink granite benches in a 300-foot circle surrounded by tiles naming those who contributed to its' creation.

Producers Pamela Millar, Sher Morgan, and The May Street Group 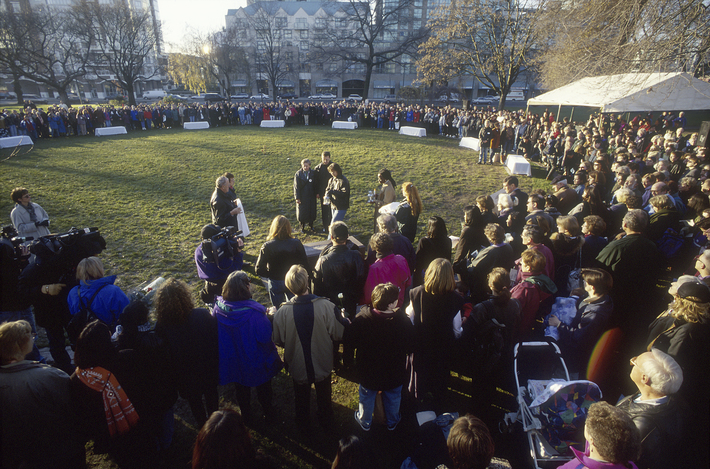