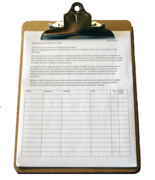 Women continue to be murdered and violently assaulted in Canada by estranged spouses or boyfriends. Many of these murders have taken place while the perpetrators are out on bail after having been charged with violent crimes against the women. Often it is the second or third time the accused has been charged and often they are in violation of a Peace Bond.

An example of this tragic situation is the case of Heather Stewart who was severely assaulted by her ex-boyfriend who not only caused her to lose one eye and injured her daughter, but also murdered her mother, Helen Slichta, who had tried to intervene to protect her. The attack occurred while he was awaiting trial for assaulting Heather and while on bail despite having previously breached his bail conditions.

Heather’s case and those of many others, demonstrate the need for action to prevent future tragedies. Therefore, your petitioners request that the House of Commons make legislative changes to better empower the judiciary and law enforcement to protect victims of domestic violence.

The printed version of the Domestic Violence Bail Reform Petition (not the online one) with addresses and actual signatures was submitted in Ottawa to Joe Comartin MP by Heather, her daughter Amanda,…Continue

You need to be a member of Domestic Violence Bail Reform Petition to add comments!

To: Newsonline
From:   Barbara Mills, Sisters in Solidarity

I am writing on behalf of Heather Stewart who in the early hours of May 30th, 2009, was savagely bludgeoned by her estranged boyfriend Horace Weekes.  This heinous and cowardly act left Ms. Stewart losing one eye and requiring major facial reconstructive surgery.  Her mother, Helen Slichta, while attempting to protect her daughter and granddaughter was killed by Mr. Weekes.  Mr. Weekes at the time was on his 3rd bail condition of having no contact directly or indirectly with Ms. Stewart.  He has been sentenced to life without parole for 20 years. Ms. Stewart eloquently states that although he ‘technically’ received a life sentence, it is she that truly was sentenced to life as each day she looks in the mirror she relives the horror.  The senseless death of her mother weighs heavy on her and she feels guilty for her mother being in her home at the time of the assault.

Ms. Stewart is seeking Bail Reform from the Federal government in an effort to address the high rate of recidivism within the courts when it comes to domestic assaults and uttered death threats that led to premeditated homicides.  She feels the government of Canada is not concerned with how many women and children have been killed by obsessive partners and how many women had sought the protection of the courts, only to realize that without the ‘alleged’ abuser being held without bail, no one can keep them safe.

Ms. Stewart attended Ottawa, in 2010, accompanied by her daughter Amanda, Chris McDowell and Lindsey Setzer (representing Remember our Sisters Everywhere), and Patricia Canellis and myself representing Sisters in Solidarity.  As a group we met with MP Joe Comartin and Ms. Stewart provided him with several hundred signatures on a petition seeking Bail Reform. Mr. Comartin was sincere and compassionate and agreed to take on the responsibility of bringing forth a Private Members Bill (PMB) on Ms. Stewart’s behalf.  Shortly thereafter, he presented the petition to the House.  However, since Mr. Comartin became the Deputy Speaker he turned over the file with the petition and carefully crafted PMB, to Member of Parliament Niki Ashton to follow through.  Note:  Prior to going to Ottawa, the Toronto Star did a story of Ms. Stewart’s courage and tenacity to seek the help of the government.

From 2010 through 2013, there has been no movement other than on May 2nd, we had a conference call with Ms. Ashton MP and it was suggested that I write the Honourable Robert Nicholson in an effort to expedite the process and take the responsibility of legislating Bail Reform.  Both Heather and I feel this will only be another delay tactic, which Heather feels is not necessary.  However, as agreed I will send a letter to the Honourable Minister of Justice and Attorney General of Canada seeking his support.

Ms. Stewart is asking if you would consider covering a story on her situation, in an effort to bring more awareness to how many women are maimed or slain while their abusers are either out on a 2nd or 3rd bail or who are supposedly under house arrest was is the case of Bridget Takyi (27) who on January 19th, 2013 was beaten and set afire by her estranged boyfriend. ... continued below...

It is commonly known by all (except vulnerable victims) that a woman is more prone to become an intimate femicide statistic after she leaves the relationship, yet as a society we expect victims to leave under the misguided theory that when they leave the violence ends.  It is also well recognized by everyone in the judiciary system , e.g. judge, Crown, defense lawyer and the ‘accused’ that bails are too often breached without the courts taking a serious approach to holding the accused accountable.

If you reference my website – www.sisters-in-solidarity.com and at the upper right hand corner click Memorial, you will notice a sampling of women killed.  The sheer numbers of women slain by intimate partners in the GTA area alone are staggering and in reality they forgotten by all except their families and friends.

Ms. Stewart is seeking the media’s attention to the hundreds of women and children who have died, but also innocent bystanders who were only attempting to assist.  By exposing the truth about the flaws in the judicial system, she hopes that public pressure will be put upon Ottawa to bring forward (without delay) an appropriate Bail Reform Act that will allow judges to withhold bail after a ‘one-time’  of breach of recognizance pending trial based on the propensity for the accused to re-offend.

Heather firmly believes BAIL REFORM and court accountability will save lives and that no Government or society should continue to turn a ‘blind-eye’ to the horrors that victims of intimate partner violence experience.

I would be pleased to speak with you further, if you have an interest in exposing the truths behind the scenes of the fear and terror these women experience while seeking a life free of abuse for themselves and their children.

I believe a program on the subject matter would generate a large viewing audience who would then be allowed to give a voice to which until now they have been silenced.

If you are interested in assisting Ms. Stewart, I can provide you a more in depth history of our efforts to date.

I look forward to hearing from you in the near future.

The petition was delivered to MP Joe Comartin of the NDP. Since then it has passed to other NDP MPs and has not yet found a forum in parliament.

Comment by Marilyn Jones on November 16, 2010 at 7:13pm
Do you have a number you are looking for, before you send the petition to our mp Joe Comartin

Comment by ROSE on July 2, 2010 at 2:47pm
Please consider collecting actual signatures and sending them to MP Joe Comartin: DV_BailReformPETITION.pdf

Comment by Heather Stewart on June 5, 2010 at 8:20am
well since mentioning the petition and get into it and of course the tears start coming down my face, people just reach out and grab the petition and sign it. wel three pages and counting!! Lets make changes to protect others from this happening again. Like i mentioned to Barbara Mills (such a wonderful Lady) that reached out to me if i make a difference to only one woman then this whole fight was even worth it but lets just hope for Helen's Law to be passed to protect all the woman out there in domestic situations cause these men DO NOT CHANGE!!! I lost my mom and left side of my face but i am still a fighter and with everyones help it Will happen. Thanks to all the wonderful people out there for helping me with this battle and to Chris from BC for being such a support. I will march up the walk of parliament hill with I hope a huge envelope to meet Mr Joe Comartin in person and present the signed petitions to him. Any wanting to sign the paper document i can always email it and you can print it and maybe get more signatures then mail the paper back to me or something. Thanks again to everyone.

Comment by ROSE on June 4, 2010 at 11:30pm
The signed petitions will go to MP Joe Comartin who will take the petition to Parliament and speak in favour of legal changes:

Parliament Hill Office
House of Commons
Ottawa, ON
K1A 0A6