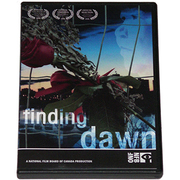 Finding Dawn is a feature length documentary on the epidemic of missing and murdered Indigenous women across Canada.

Dawn Crey. Ramona Wilson. Daleen Kay Bosse. These are just three of the estimated 500 Aboriginal women who have gone missing or been murdered in Canada over the past thirty years. Directed by acclaimed Métis filmmaker Christine Welsh, Finding Dawn is a compelling documentary that puts a human face to this national tragedy.

This is an epic journey into the dark heart of Native women’s experience in Canada. From Vancouver’s skid row, where more than 60 women are missing, we travel to the “Highway of Tears” in northern British Columbia, and onward to Saskatoon, where the murders and disappearances of Native women remain unresolved.

Along the road to honour those who have passed, we uncover reason for hope. It lives in Native rights activists Professor Janice Acoose and Fay Blaney. It drives events such as the annual Women’s Memorial March in Vancouver and inspires communities all along the length of Highway 16 to come together to demand change.

Finding Dawn illustrates the deep historical, social and economic factors that contribute to the epidemic of violence against Native women in this country. It goes further to present the ultimate message that stopping the violence is everyone’s responsibility.

You need to be a member of Finding Dawn to add comments!