BY EMILY MAY, Executive Director of Hollaback!

For six years now I’ve read every single story submitted to Hollaback!. They have inspired me, made me cry, and made me rage. But the ones that frustrate me the most are the ones where people blankly watched the harassment happen and never offered to help.

When a young woman was stalked and verbally assaulted she wrote, “There were a number of people waiting in the train station lobby that were viewing the interaction, but yet I felt alone.”

And when a woman was surrounded and verbally harassed by a large group of young men she wrote, “What bothers me most about it is that it wasn’t some dark lonely street. It was early evening on a crowded street and no one seemed to notice.”

The failure of bystanders to act causes a double whammy of traumatization. First, you have some crappy thing happen to you. Then, you realize that no one cares, and that they are all just starring at you, doing nothing.

The silence from bystanders normalizes the harassment and leaves you thinking: Do they think it’s your fault? That you’re skirt was too short, or you were out to late at night? And as if that’s not bad enough, then you start question yourself and wonder if they are right.

Over 15% of the stories on our site talk about this phenomenon called the “bystander effect.” People hope that someone else will intervene, and even when they know they won’t they feel like it’s not safe or the “woman wouldn’t want it.” There is this idea that if you want to intervene you need to strap on a superhero costume, swoop in, and beat everyone up. But really it just means asking the person if they are OK, if there is anything that you can do.

Hollaback! is launching the “I’ve Got Your Back” campaign to show bystanders how to intervene, and to celebrate when they do by mapping their stories. Join us as we build a world where we all have each other’s backs.

Here’s more on the “I’ve Got Your Back” campaign.

This article is from Care 2, submitted by Jaime-Alexis and written by the woman pictured here, Emily May:

First and foremost, I want to thank you all for investing in Hollaback!. Your contributions have been critical over the past year and a half as we have built this organization from the ground-up.   We take your investment in our work very seriously. To keep you informed about the impact of your investment, we are starting a series of donor-exclusive emails that are designed to give you a monthly snapshot of our organizational and movement-building progress.

In the past month we:
-- Launched our fifth training class of Hollaback! site leaders. They come from Brussels, Belgium; Edmonton, Canada; Halifax, Nova Scotia, San Fransisco, California; and Portsmouth in the UK, and will officially launch their sites in April following completion of their training.  They will join our community of over 150 site leaders in 44 cities, 16 countries, and 9 different languages.

-- Raised $15,000 in our end of year campaign (thank you to the 307 of you who donated)! We also received generous support from the Caruso Foundation and the Valentine Perry Snyder Foundation to advance our work here in New York City.

-- Published our first annual “State of the Streets” report, highlighting our progress in 2011. The report can be found here:http://www.ihollaback.org/blog/2011/12/21/introducing-our-first-annual-state-of-the-streets-report/

This work is made possible by your generous donations! If you donated in 2011 and haven’t received your 501c3 tax exempt email notice, or if you’d like to be removed from this list, please let Veronica (veronica@ihollaback.org) know.

Thanks again for your incredible support of Hollaback!  Please don’t hesitate to reach out to me if you have any questions or ideas on how we can do our work better.

You need to be a member of Hollaback! to add comments! 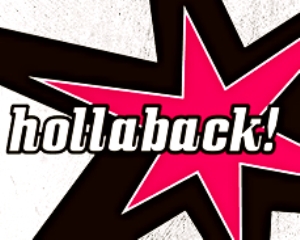 Street sexual harassment is not teasing; and it can be effectively tackled only if we change our attitudes towards it.

Men and women look at public spaces differently. After three months of helping run the Chennai Hollaback! website, I have learnt this. Prajnya, a Chennai-based non profit launched Hollaback! in Chennai after conducting a safety audit as part of the 16 Day Campaign Against Gender Violence in 2009. “One of the reasons, we launched Hollaback! in Chennai, was that while it is perceived as a safe city for women, many incidents are brushed under the carpet, simply because women and girls are not encouraged to talk about it. Or simply, because we don’t think there is anything wrong in being whistled at”, says Anupama Srinivasan, Director, Gender Research and Information Taskforce, Prajnya....