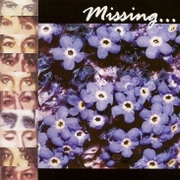 The missing people website was part of a grassroots effort to draw attention to a situation that was being ignored by police and government. For years women went missing on the Downtown Eastside and police were reluctant to even take a missing person's report. This situation changed in 1999 when the Vancouver City Council and the government of BC posted a reward for tips leading to the discovery of the missing women, and in 2002 when a successful police task force was formed and a serial killer identified.

Wayne Leng has posted pictures and information on women who are missing from Vancouver's Downtown Eastside since 1999. Visitors to the Missing People website can sign up to receive up-to-date information on the individual missing women, as well as the issues and court cases surrounding their disappearances.

You need to be a member of Missing People Net to add comments!

Comment by ROSE on February 7, 2012 at 9:38am
COORDINATING COMMITTEE OF SENIOR
OFFICIALS (CRIMINAL)
MISSING WOMEN WORKING GROUP
REPORT AND RECOMMENDATIONS
on Issues Related to the High Number
of Murdered and Missing Women in Canada
MissingWomenWorkingGroupReport_Recommendations.pdf