CRA loses court challenge to its political-activity audits of charities 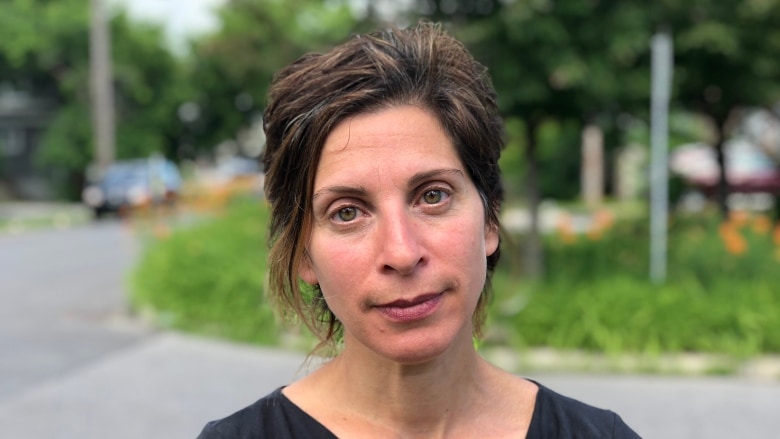 An Ontario judge has pulled the rug out from the Canada Revenue Agency's political-activity audits of Canadian charities, ruling the Income Tax Act infringes on the constitutional right to free expression.

Monday's ruling immediately quashes a longstanding rule limiting to 10 per cent the resources any Canadian charity is permitted to devote to political activities.

The decision by Justice Edward Morgan of the Ontario Superior Court of Justice is a reprieve for the tiny Ottawa group that launched the challenge — Canada Without Poverty — which has been under formal notice of losing its charitable status since 2016.
Revenue Minister Diane Lebouthillier says she is still studying the ruling, and declined to say whether it will be appealed. (Randall Mackenzie/CBC)

CRA auditors claimed that 98.5 per cent of the group's work is political, violating a section of the Income Tax Act in force since 1985 restricting such activity to 10 per cent.

Leilani Farha, executive director of Canada Without Poverty, was jubilant Tuesday about the David-versus-Goliath outcome.

"It's a great judgment for democracy in Canada and for poor people across Canada," she told CBC News in an interview.

"It's great for the charitable sector, who can in an unencumbered way pursue their charitable purposes in any which way they deem appropriate."

Morgan's decision does not alter the prohibition against charities engaging in partisan activities — that is, supporting particular candidates or political parties. Charities have not challenged that section of the Act.
Arbitrary and unjustified

But he did rule the 10 per cent rule was an arbitrary and unjustified infringement of freedom of expression as guaranteed in Section 2 of the Charter of Rights and Freedoms. And he said Canada Without Poverty needs to engage in political activity, such as buttonholing ministers and encouraging Canadians to contact their MPs, to carry out its charitable purpose.

"Simply put, there is no way to pursue the Applicant's charitable purpose — using methodology that is recognized by Parliament itself — while restricting its politically expressive activity to 10% of its resources," the judge wrote.

Charities have said losing their CRA registration because of the rule would be financially crippling, because they could no longer issue tax receipts to donors.

Monday's decision can be appealed. The Liberal government wouldn't say Tuesday whether it plans to do so.

"We are aware of the decision … and are carefully reviewing it in order to determine next steps," Revenue Minister Diane Lebouthillier said in a statement.

A spokesman for the minister, Jeremy Ghio, declined to answer questions, saying: "As the court rendered its decision on July 16, 2018, it would be premature to comment further at this time."

It's a great judgment for democracy in Canada ...
- Leilani Farha, Canada Without Poverty

Canada Without Poverty's legal challenge was argued pro bono by the Toronto law firm McCarthy Tetrault LLP, which suggested the court could issue a "suspended declaration," giving the federal government 12 months to bring the act into compliance with Section 2.

Instead, the judge declared that the offending sections of the Income Tax Act have "no force and effect" as of Monday's ruling.

The decision raises questions about a $13.4-million political-activities audit program launched by the former Conservative government in 2012, which targeted 60 charities, some of whom are still caught.

Toronto-based Environmental Defence, for example, was among the first to be targeted, and has been issued notice that its charitable status will be revoked because it exceeds the 10 per cent rule. The group has spent $200,000 in legal fees alone to navigate the audit process.

During the 2015 federal election campaign, the Trudeau Liberals promised to end the "political harassment" of charities by "clarifying the rules governing 'political activity'…"

Last year, a Liberal-appointed panel of experts recommended changing the Income Tax Act to remove any reference to political activities of charities, saying such groups should be allowed to engage in non-partisan public debate "without limitation."

The day Lebouthillier released the panel report, she also suspended — but did not cancel — the remaining 12 audits in the Conservative-government program begin in 2012. Environmental Defence and Canada Without Poverty were among the 12, each facing revocation along with five others.

But there has been silence for more than a year about the Liberal government's response to the panel's recommendations.

"The feds of course have been dragging their butt on actually doing what they promised on this issue," said Gray, suggesting an appeal of Morgan's ruling would be hypocritical.

Farha, meanwhile, says the court ruling validates what many charities were saying about the political-activity program.

"It says to the entire sector that what we were experiencing as a sector through those political audits was an infringement on our rights," she said.

"There's no doubt about the chill effect of the audits."