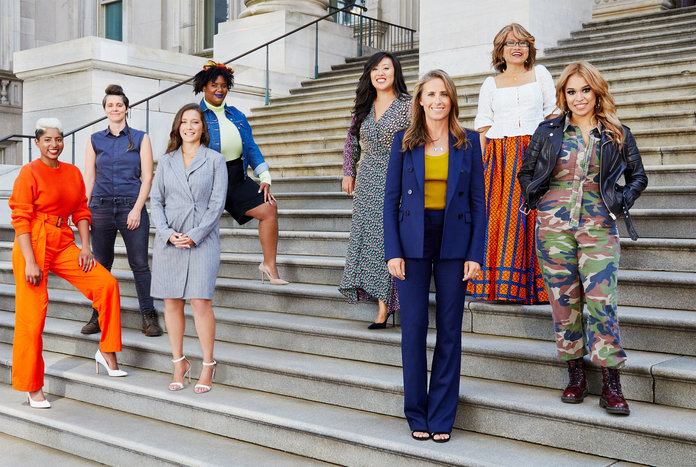 As bills to decriminalize prostitution continue popping up across the country, these advocates say there’s a better way to support people in the sex trade.

Earlier this year, when a bill calling for full decriminalization of prostitution was introduced in New York, eyes across the nation turned to the Empire State. Supporters think the bill and others like it would create a safer environment for people exploited in the sex trade and empower them to have agency over their bodies.

But Alexi Ashe Meyers, an attorney at Sanctuary for Families (SFF) and co-chair of the New York State Anti-Trafficking Coalition, insists this is not the case. Ashe Meyers, who has dedicated her career to supporting survivors of gender-based violence, says full decriminalization would more than likely lead to an increase in sex trafficking, which is currently an estimated $150 billion-a-year global industry.

“If you remove any impediments to buying sex and normalize it, there’ll be an increase in that act. People from the most impoverished and marginalized communities then get trafficked in to meet that demand,” she explains.

“I want people to understand how regressive and antifeminist it would be to decriminalize an industry in which women are bought and sold for the pleasure of men.”

Ashe Meyers and the sex-trade survivors, lawyers, and experts featured here support the Equality Model (also known as the Nordic Model), in which only those who buy sex as well as third-party exploiters are criminally prosecuted.

This framework, already in place in several countries such as Sweden, Canada, and France, not only keeps sex workers out of jail but also provides them with access to medical care, housing, and other social services to help them leave the industry. It also establishes education initiatives to spread public awareness about the harmful effects of the trade.

As part of a coalition of anti-trafficking organizations, SFF, which serves more than 15,000 survivors of domestic abuse, sex trafficking, and other forms of gender-based violence in New York each year, is planning to launch a campaign to advocate for Equality Model legislation. Hear from some of its leadership and allies, below.

SFF’s survivor leadership coordinator runs a program that helps survivors of gender violence get involved in advocacy, directly support their peers, create and consult on programs and policies, and spread public awareness. “One of the survivors I work with said I helped her dream for herself again. And, to me, that is the most beautiful definition of empowerment,” she says.

“My life’s goal is to walk alongside survivors, bear witness to what they’ve been through, and clear the way for them to spread their wings.”

SFF’s lead program specialist of justice and empowerment for teens, which helps young people who have been exploited in the sex trade, studied the Equality Model’s effects in other countries from 2012 to 2013 and has been pushing to bring the legal framework to the U.S. ever since.

“We shouldn’t be OK with men and boys’ using their socioeconomic power to buy sexual access to someone with less power,” she says. “The Equality Model instead recognizes people who are bought and sold in the sex industry as survivors and provides them with services they need to heal.

The time is right for folks to be receptive to passing this fundamentally more feminist and empowering legislation.”

"People talk about prostitution as the oldest profession. We see it as the oldest form of oppression,” says the former sex-crimes prosecutor and current SFF attorney, who is helping develop the coalition’s upcoming campaign.

“The idea behind decriminalization is that buying sex from an 18-year-old would become effectively legal. Do we want to say as a society that that’s OK just because a girl has had her 18th birthday?” she says. “Our main goal is to make it so that people don’t have to sell their bodies in order to survive.”

“I support women’s rights. I support body autonomy,” says Thompson, who was trafficked at age 12. Today, as a survivor advocate, she has become a powerful voice for her peers. “I love sex just like the rest of you guys, but I am against when your agency succumbs to misogyny.

Buyers don’t differentiate whether or not you’re in this by ‘choice’ or if you’ve been kidnapped. They only see dollar signs on your body. And to keep people from going back to that life, we need to have services and resources in place for people like me, for people like Shandra [Woworuntu, a sex-trade survivor].

With the Equality Model, we can instate those things.” Yvonne Chen “It’s really a nuanced conversation about power and control,” says the supervising program manager of SFF’s Anti-Trafficking Initiative, who leads educational outreach and trains professionals who may come in contact with trafficking victims.

“If we decriminalize the buying [of sex], then our clients feel like there’s more power given to people who have abused them.” Instead, Chen wants to shift the focus and tackle core issues of inequality, like poverty, that lead people into the sex industry in the first place.

The former financial analyst was lured to the U.S. in 2001 from her native Indonesia under the guise of a job offer. Within hours of landing in New York City, she was sold into the underground sex trade. She first escaped her situation by jumping out of a second-story bathroom window.

She was caught but escaped again on foot, this time successfully. Since then she has established the Mentari program, which helps other survivors of abuse, violence, exploitation, and trafficking reclaim their independence by offering them vocational training, education, and job-placement opportunities.

“You have to empower people with resources,” she says. “I’m not afraid to fight for that because I know I am a change-maker. I can change the world.”

The program coordinator at the Coalition Against Trafficking in Women and organizer at the New York City chapter of transnational feminist-advocacy organization AF3IRM says people learn very quickly not to underestimate her despite her 4-foot-11 frame, especially when it comes to standing up for herself and for all survivors of abuse and victims of inequality.

“I think the biggest thing that mainstream feminism gets wrong is that it’s focused on individualism,” she says. “That takes away the collective responsibility we have to our sisters all over the world. I’m not going to stand for that. Anything that happens to my sisters happens to me.”