For some women, home is as dangerous as the virus 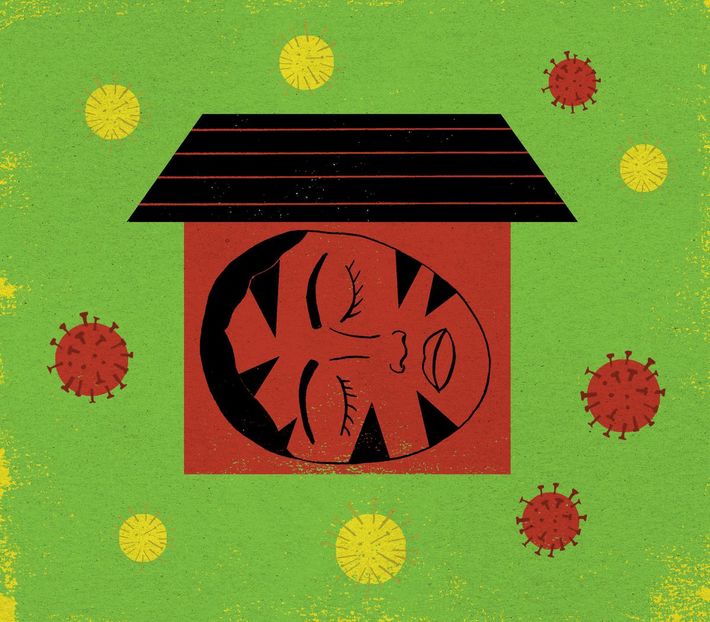 For some women, home is as dangerous as the virus
by Elizabeth Renzetti, Globe and Mail, April 3, 2020

Being trapped inside your house during this coronavirus crisis is hard enough. Now imagine being truly trapped: Let’s say you’re a woman who’s been living with an abusive partner, and planning to leave him. A decision about whether to leave, already dangerous and difficult, becomes almost impossible. You can’t take your kids to your sister’s for relief. You can’t go to a neighbour’s when things get frightening. You can’t phone a legal clinic for advice with your abuser in the next room, and you certainly can’t drop in for a quick consultation.

People who work with vulnerable women across this country are worried – more worried than they were before, even. They’re worried about endangered women and their children, trapped in homes that are even more tension-filled than ever; they’re worried about an economic crash that sees their fundraising dry up; they’re worried about having to lay off their own staff members, when they were already operating on a shoestring. But they’re also coming up with innovative ways of coping, which they hope will outlast this crisis and might just provide permanent solutions for an overburdened system.

Pamela Cross, legal director at Luke’s Place in Oshawa, Ont., which offers legal counselling for women and children fleeing abusive relationships, says her clinic is hearing a couple of messages: “It’s either, ‘I’m still living with my abuser, and there’s nowhere for me to go. The shelter is full. The shelter isn’t taking in new residents because of their own virus controls.’ … Or we’re hearing, ‘there’s no way to get out of the house – no playgrounds to take children to, no movie theatres.’ So women can’t even separate themselves from the abusers for a couple of hours.’’

Luke’s Place has moved its consulting online, so it can advise women over Zoom video conferencing or the phone. Ms. Cross says she’s been pleased at how quickly the legal community in Ontario has stepped up: More lawyers are doing pro bono work and taking Luke’s Place’s online course in representing domestic-violence survivors. The centre recently had a consultation with the province’s Chief Justice about how family court shutdowns might affect vulnerable women and children. These are all things Ms. Cross has long advocated for; the crisis brought about positive change.

The funding situation is another story. It is, in fact, “a nightmare,” Ms. Cross says. A gala fundraising evening and golf tournament had to be cancelled. The crunch is particularly acute for small shelters and sexual-assault clinics across the country, says Samantha Nutt, founder of War Child, who is spearheading a campaign to have governments help charities through the crisis: “They’re being inundated with a high volume of calls, and at the same time they’re feeling financially tremendously insecure.”

The federal government has promised $50-million for shelters and sexual-violence clinics, although it isn’t clear yet when or how that money will be dispersed. The system was already bursting at the seams. A CBC investigation last month revealed that in November, 2019, an average of 620 Canadian women and children were turned away from domestic-violence shelters every single day.

The system was strained to breaking even before the enforced closeness and economic misery of coronavirus. In the past week alone, the country has seen two apparent domestic murder-suicides, one in Alberta and one in Ontario. A Vancouver help line for vulnerable women has seen a 300-per-cent rise in calls. This mirrors a horrifying surge in domestic-violence reports from around the world: In Italy, women are using texts to reach out to crisis centres, too worried to call; 911 calls are on the rise in the United States; and in France and Spain, a new program allows women who feel threatened to say a code word at a pharmacy and receive help. ...

Discovery House in Calgary is operating as usual at 100 per cent capacity and currently provides independent living units for 19 women fleeing abusive relationships with their children. “They’re feeling scared. Some of them don’t have English as a first language,” says Discovery House’s chief executive, Monique Auffrey. ‘’Our clients have suffered great trauma and for them these scary times invokes those feelings of fight or flight, feeling immobilized with fear.”

So Ms. Auffrey has been looking at different ways to “create an atmosphere of hope, not fear.” She’s hired an artist to paint a mural in the building with the children (one by one). She’s approached a donor to subsidize Friday night pizza deliveries. She’s lobbying for hotels and motels to open up their rooms to vulnerable women. The community’s response has been "amazing,” she says.

The “supportive” housing model that Ms. Auffrey champions, in which women are given longer-term and more stable accommodation, is something that should be expanded once the crisis is over. As it is, she feels the current situation presents an ethical dilemma for advocates in her field: “The message is to call 911, get women out of danger, absolutely. But as a sector, we can’t espouse that we are ready for you if we’re closing shelters, if we’re turning people away. That’s the conundrum."

It will take individual attention to help threatened women. This may involve keeping a social-media link with a neighbour you suspect may be in danger, or arranging some kind of secret signal if she needs help. It may involve helping a shelter out financially, or by volunteering, or by offering a service (local distillers are providing hand sanitizer, for example). But in the long run, things will only improve if we learn from the creative solutions that arrived completely by accident. One crisis can help solve another.