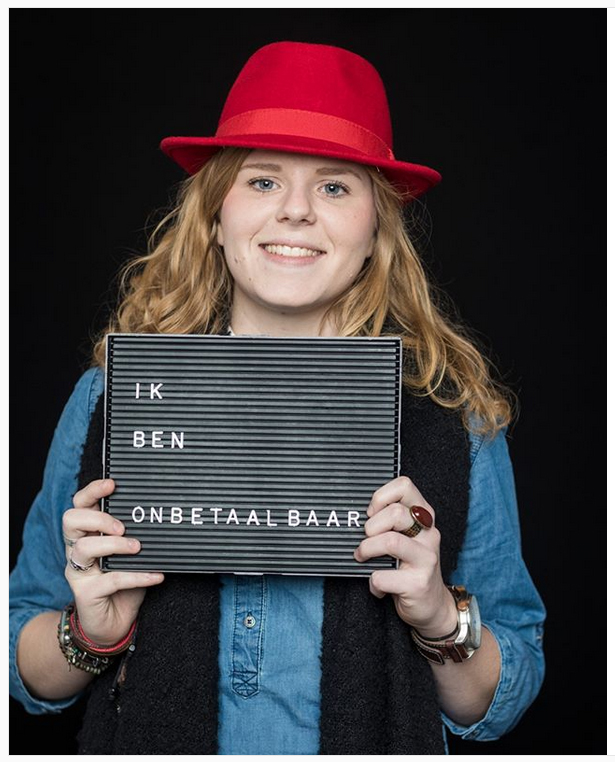 A petition is to be handed into the Dutch parliament demanding that visiting a prostitute be made illegal.

Some 42,000 young people have added their signatures, which means the issue will be debated by politicians in a country that has some of the most relaxed laws around paying for sex.

"I am priceless" is the name of the social media-led campaign.

Activists want buyers to be penalised, under the so-called Nordic model.

Partly inspired by Christian and feminist views, the group have posted Instagram photos showing supporters clasping boards with words in black and white bearing the message "Ik ben onbetaalbaar" (I'm priceless) along with "what if it was your sister?" and "prostitution is both a cause and consequence of inequality".
Skip Instagram post by exxpose
Report

However, in response to the images, one person wrote: "I'm a voluntary sex worker. There's many people like me. This campaign will make my job much, much more dangerous."
Prostitution and the law

In the Netherlands, buying and selling sex is legal as long as it involves "sex between consenting adults".

Under the Nordic model, adopted by Sweden, Norway, Iceland, Northern Ireland and France, buyers are penalised.

What do campaigners say?

The young activists argue more should be done to protect vulnerable women.

According to the "I am priceless" petition, the Netherlands' facilitation of the sex industry is outdated, exploitative and the Dutch should look to countries like Sweden for inspiration.

They say countries in which the model has been introduced have seen:

Among the founders of the Exxpose movement behind the petition is social worker Sara Lous, who used to work in a rehabilitation centre with former sex workers.

"We are feminists and Christians and some of us are neutral," she says.

"The idea is of course that the Netherlands has a safer policy, that decriminalising is safer and it's a freedom to sell sex. But so much is going wrong. we have so much human trafficking and Amsterdam is most vulnerable because of the high demand for cheap sex."

She argues that women are given a signal that prostitution is an easy way to make money, whereas they need to have other options.

"There are only a few who are incapable of finding another job. They should have help to find other skills," she says.
How have prostitutes reacted?

Amsterdam's Red Light Zone is one of the capital's most popular attractions, in a country where prostitution has been traditionally framed as a reflection of the value placed on freedom of choice.

"If a women wants to sell her body then that's her choice," is an argument pushed by politicians and public alike. ...

... Women working behind the red light windows have told me it is their free choice - but deeper conversations reveal it's often based on circumstances which they felt left them with no alternative.

They include single mothers struggling to ensure that their children in Romania receive a decent education, and young women who have experienced abuse, leaving them with low self-esteem.

But Foxxy, a board member on the sex-workers' collective Proud, warns that any attempt to criminalise clients would harm the prostitutes themselves.

"This petition is not in the sex workers' interest. It's people who read the Bible who are trying to stop us," she argues.

"If this happens sex workers will work illegally. Then we're more likely to be victims of violence. Clients will know we can't go to the police. We will be much more at risk, clients will try to take condoms off, we're more at risk of being exposed to HIV. It happened in France when they started this Nordic model."

In response to the petition, a justice ministry spokesman told the BBC that the government had plans to step up measures against human trafficking as well as provide funds to help sex workers trying to leave prostitution. The plans were going into consultation and would be put to parliament later this year, he said.

But any drastic overturn of the Netherlands' current liberal laws will face opposition from those in politics and society who see prostitution as a symbol of freedom rather than repression.