Lea Garofalo was killed by her Mafia family. Now she's the face of anti-mob protests 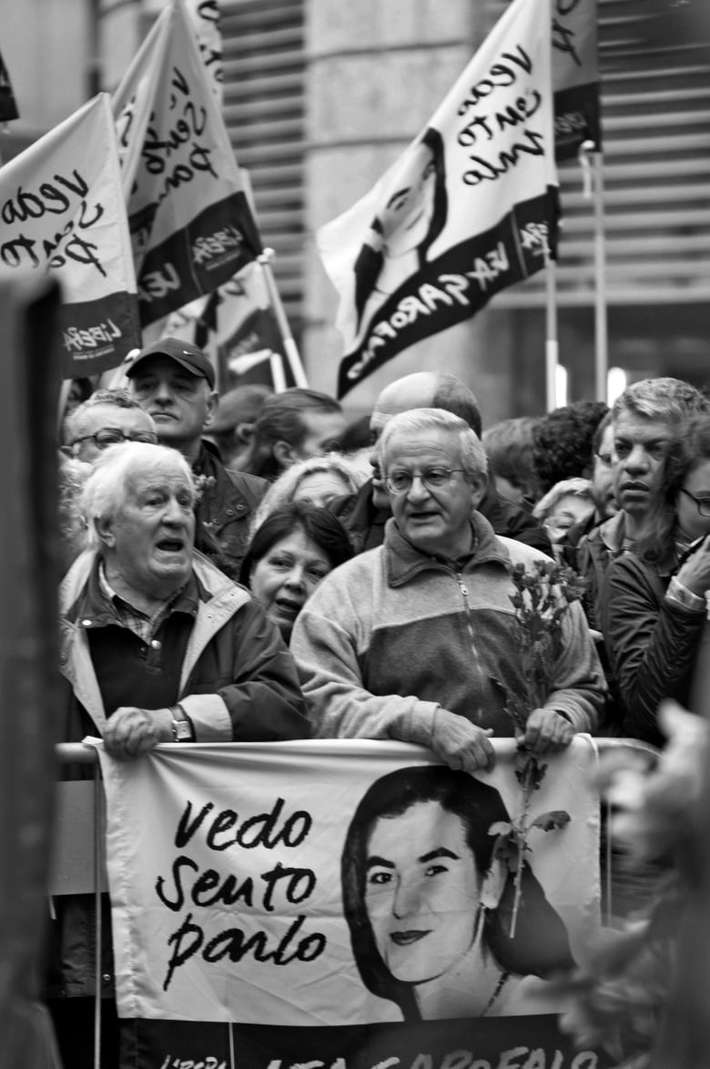 Lea Garofalo was killed by her Mafia family. Now she's the face of anti-mob protests
A new book chronicles the women trying to take down the Mafia
CBC Radio · August 24, 2018

Lea Garofalo tried to escape the Mafia family she was born in to. It cost her her life. (Submitted by Harper Collins Canada)
Originally published on June 15, 2018.

When Lea Garofalo disappeared, her daughter Denise knew she was dead. She also knew that the man who killed her mother was most likely her own father.

Their family was part of the 'Ndrangheta, a branch of the Italian Mafia based in Calabria, generally known as "the toe" of Italy. Lea had tried to leave that life, offering the police information in exchange for protection. When she suddenly went missing in 2009, Denise was left alone with her father.

"Denise actually guesses immediately what's happened to her mother, but also understands immediately that she can't let on," said Alex Perry, author of The Good Mothers: The True Story of the Women Who Took on the World's Most Powerful Mafia.

Perry told The Current's guest host Ioanna Roumeliotis that Denise, who was 17 at the time, had "to pretend that she loves her father."

"She has to pretend that she agrees with her father when her father says: 'Your mother must have run off to Australia,'" Perry said.

"She's holding this terrible secret that she knows her father killed her mother."
Alex Perry's new book focuses on the 'Ndrangheta — the most powerful Italian Mafia organization that you've never heard of. (Submitted by Harper Collins Canada)

Perry's book looks at the 'Ndrangheta, which he said is the most powerful of the three Mafias in Italy, ahead of the Cosa Nostra in Sicily, and the Camorra in Naples.

Perry said the 'Ndrangheta makes between $50 to $100 billion US a year, has an arms smuggling network and controls 70 per cent of the cocaine in Europe.

However, he adds that there's a reason you might have never heard of it.

"Secrecy is the secret to its success, actually," Perry said, "and that is based on this incredibly tight, claustrophobic, cult-like family structure, which hasn't changed since the late 19th century."

Women in that Mafia culture are treated as objects, he said. The girls are married off young to form alliances.

"If you're unfaithful, you're dead. And it will be your father, or your brother, or your son that kills you, and quite likely dissolves your body in acid to erase the family shame."
Anna Rosalba Lazzaro (Submitted by Harper Collins Canada)
The Current
The mafia mother who lured her own daughter to her death
00:00 03:03
Maria Concetta Cacciola went into witness protection, but her mother, Anna Rosalba Lazzaro, blackmailed her into returning to the family, Alex Perry tells Ioanna Roumeliotis. 3:03

Lea had tried to escape that life.

She had been born into what Perry called "Mafia aristocracy" in Calabria, as well as the violence that came with it. Her father was murdered when she was a baby, and her small village of 400 people has had 35 murders in 30 years, Perry said. Lea, he added, wanted to leave from an early age.

At 16, she married Carlo Cosco, a man from a farming family who she believed would take her away to Milan. But Cosco had concealed the fact he was a small-time cocaine smuggler. For him, marrying into a crime family like Lea's was a promotion too good to resist.

THE CURRENT | This author believed her family was fleeing the Mafia. Then she uncovered the real story

As their marriage sucked her deeper into the crime world, she became depressed and made several attempts at suicide, Perry writes in his book.

In 2002, she told Italian police: "You don't really live. You just survive in some way. You dream about something — anything — because nothing's worse than that life."

The birth of her daughter, Denise, in the spring of 1991 had given Lea something to live for. 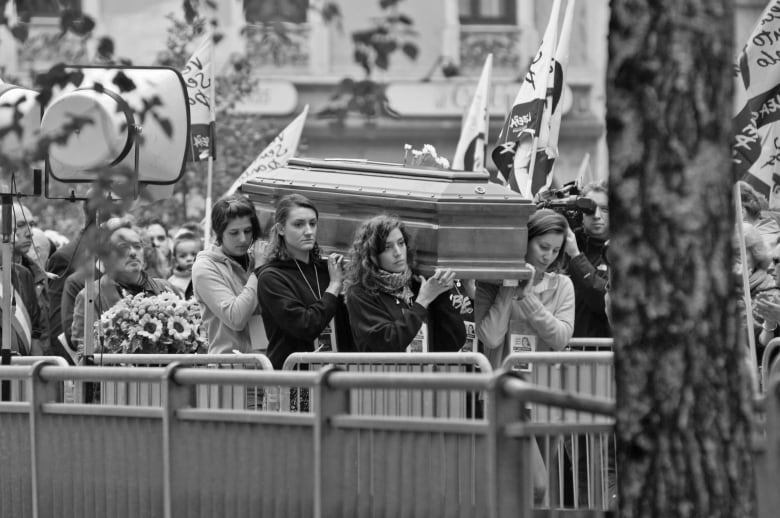 When her daughter was 10, Lea decided she couldn't condemn her to the same life. She became only the second woman to testify against the 'Ndrangheta.

She entered the witness protection program, but became paranoid, taking self-defence classes and sleeping with a knife under her pillow. She and Denise spent years in hiding, unable to work and moved at least once a year.

"In the end the state kind of messed up … they decided the evidence was no use and they tried to kick her out of the program," Perry said.

Her lawyers blocked the move, but Lea was left with little trust in their protection.

"She told Denise they had two choices: they could either flee to Australia and try and start a new life, but that would require money," Perry said.

"Or she had to make peace with Carlo."

Carlo Cosco married Lea Garofalo when she was 16, concealing the fact that he was a cocaine smuggler. (EPA)

She contacted her husband, and for the best part of a year, he gave the impression that he wanted her back. After months of talking, he invited Lea and Denise on a family holiday. They spent four days in Milan, walking through the city and having dinner as a family every night.

"Carlo was faking everything," Perry said. "Those entire four days, he was directing his crew to kill her — every day they were trying to kill her. They kept messing up, but that's that's why she was there."

On the last night of the trip, Lea disappeared.

Living with her mother's killer

After Lea went missing, Denise went to the police to file a missing person's report.

Perry writes that she told police: "If my mother's missing, then it's probably because she's been killed by my father."

Then, while police investigated, she spent a year living with her father and his family, acting as if nothing had happened.

A public funeral for Lea Garofalo was held in 2013, four years after her death. (Submitted by Harper Collins Canada)

Lea's fate was eventually revealed when one of Carlo's men was arrested, and confessed. Carlo had strangled her with a curtain cord, and his men drove the body to a warehouse outside Milan where they spent several days dissolving it in acid.

In 2012, Carlo was among six men who were given life sentences for her murder. Denise testified against him.

Perry said Lea's death initially didn't make headlines in Italy, where the death of a Mafia woman receives scant sympathy. But as the story of her courageous attempt to leave the Mafia emerged, she became an icon of a growing disgust at organized crime in Italy.

Lea Garofalo has become an icon for the anti-mafia movement. (Submitted by Harper Collins Canada)

"To this day Lea's face is on posters and placards that are held up at anti-Mafia demonstrations," Perry said. "There are bridges and parks and university fora named after her."

There was a public funeral for Lea in 2013, four years after she was killed. Denise addressed the crowd.

"Mama, thank you for all you did for me," she told them.

"Thank you for giving me a better life. Everything that happened, everything you did, I know that you did it all for me and I will never stop thanking you for it."

Written by Padraig Moran. This segment was produced by The Current's Ines Colabrese.