Why 2 N.S. advocates want people to start recognizing torture in their communities 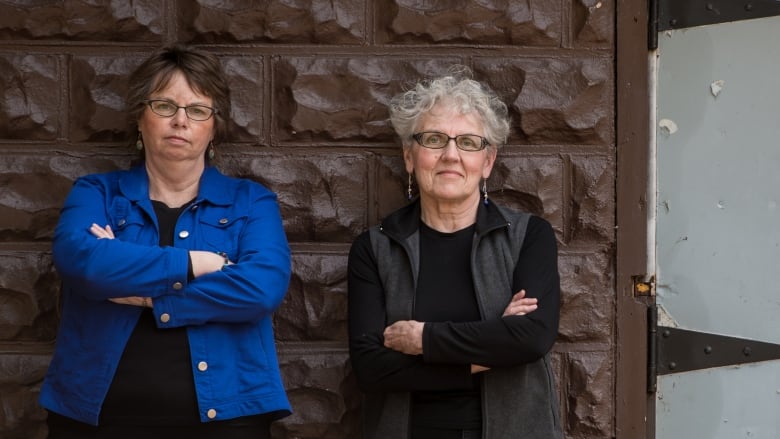 Why 2 N.S. advocates want people to start recognizing torture in their communities

Two nurses from Truro, N.S, hope to bring to the G7 their message that torture isn't limited to covert military operations or just inflicted on prisoners during wartime.

Linda MacDonald and Jeanne Sarson say the same type of horrific violence happens in homes and neighbourhoods around the world, including across Nova Scotia.

They'll be representing the organization they founded, Persons Against Non-State Torture, at the Women 7 Summit in Paris on Thursday and Friday. The group is one of 100 organizations gathering to come up with recommendations for the G7 focused on financial and political steps to promote gender equality.

The G7's first Gender Equality Advisory Council took place last summer in Quebec. This week's sessions will be an opportunity to work with other feminist organizations and push leaders to recognize that violence against women and girls can take many forms, Sarson said.

"We really want them to be bold and put non-state torture on the table, because it's a crime that's still so invisible," she said.

The advocacy is part of MacDonald and Sarson's ongoing efforts to shine a light on a crime they say society doesn't acknowledge. Former prisoners in Yemen reported widespread abuse and torture.

MacDonald and Sarson say the public may be more familiar with torture in the context of international conflicts than in their own communities.

The registered nurses grew up knowing about the impact of violence in their own homes. Their anti-torture activism began in Truro in 1993 when — while working as nurses in an evening clinic — they met with a woman who disclosed brutal assaults at the hands of her family.

MacDonald said they quickly realized the woman was experiencing a specific type of trauma, one that they didn't have the supports or services to address.

"The third night after listening, after she left, we both looked at each other and said that's not abuse, that's torture. There's a difference," MacDonald remembers. "So we decided that instead of abandoning her, because she was suicidal, we'd help her as long as we could. Eventually we helped her and we became experts in the field."

The pair began doing research and started building a network of global contacts. They now operate a website and have taken part in United Nations sessions.

The term non-state torture, which Sarson said was developed after consulting with Amnesty International, is meant to encompass specific types of violence inflicted on people by parents, family members and groups of people.

It takes the form of painful and degrading actions — including being shocked, burned, confined, raped or forced to witness the abuse of others. It can involve female genital mutilation, human trafficking, prostitution and pornographic victimization.

"Maybe the state torture is in a black-ops site somewhere or prisons, this is in the home or cottages or cabins," Sarson said.

Research is scarce but the other Canadian organization taking part in the W7 Summit, the London Abused Women's Centre in Ontario, adopted the non-state torture group's care model and started keeping track of how often the women who came to them after sexual violence reported what the groups considered torture.

MacDonald said about seven per cent of the 865 women who had endured sexualized violence had been tortured.

"It's much more prevalent than people know because we know by the amount of women who contact us and say, 'No one believes us, I never shared this with anyone else, we know you understand. We know you're out there and it gets us hope.' We get those emails all the time," she said.

Calls to include non-state torture in