Mocassins with a message 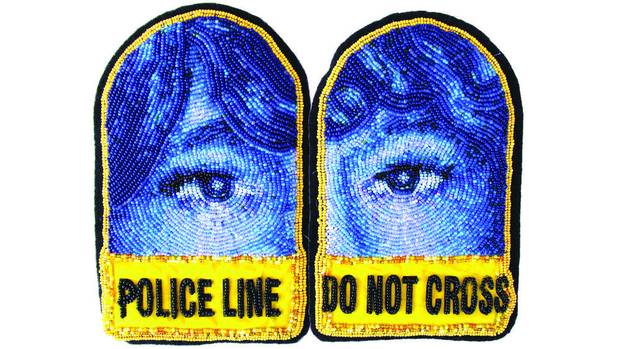 How do you mark an unexplained absence, a disappearance, a violent death not accounted for? What do you do when that question is multiplied 600 times, with the prospect of more and similar disappearances from families you know, or in your community?

In July, 2012, Christi Belcourt, a Michif (Métis) artist who lives near Sudbury, made a Facebook appeal for help with a year-long collaborative art project called Walking With Our Sisters, to honour 600 missing or murdered aboriginal women. She hoped to assemble a show of 600 pairs of hand-made moccasin vamps (uppers) – but by year’s end had received 1,723 pairs, from artists and craftspeople all over North America and beyond. Sixty-five new beading circles sprang up around the project, and many people learned traditional crafts to participate – “a beautiful side-effect,” says Ms. Belcourt.

"A lot of people feel deeply about this,” she says, on the phone from her studio in Espanola, Ont., where she is preparing to launch a six-year, 32-stop exhibition tour that begins Wednesday at Edmonton’s Telus Centre. “This issue affects indigenous women on both sides of the border.”

Walking With Our Sisters is both a memorial and a call to action over a long-simmering issue that has gained new urgency from the latest wave of aboriginal activism. ...